Mentality is a Brussels-based non-profit organisation dedicated to the promotion and broadcasting of alternative cultural events. Since its foundation in 2012, Mentality has been working in collaboration with demens.nu (huisvandeMens), an organisation representing humanist and secular associations in Flanders and Brussels, of which Mentality is now an integral part.The team is currently made up of a dozen young people with different backgrounds but all linked by a common passion for alternative cultures. Since its creation, the collective can boast of having oganized nearly ten events per year in places that many consider to be the bastions of Brussels’ underground culture: Recyclart Art Center, VK, Kultuur Kaffee, Beursschouwburg, C12 or BUDA BXL and Aku Soundsystem, with whom we recently created the audiovisual project, Mentality TV.The pandemic pushed the group even more to promote the already easy overlooked niche in our cultural landscape. Livestreams quickly became the new normal, but it wouldn’t be Mentality if it didn’t have its own twist. This resulted in a mini-series of dj sets from our Mentality HQ studios, and then in the Mentality TV project with Alea(s), Leese and Slowlands & GuiQ and eventually landing in Fuse Brussels for a massive two room livestream, co-organized with Bredren. But not everything was digital in 2020. The Saintklet project was forced outdoors, and all challenges were met to organize cultural events and create a safe public environment in the ever-changing canal-zone. Being constantly on the lookout for new venues to support its activities, the collective decided in early summer of 2018 to open its own ephemeral cultural space called Saintklet. A multidisciplinary and collaborative space dedicated to music and art in all their alternative forms, resulting in a varied program of markets, exhibitions, conferences, workshops, concerts and parties. And continuing to do so in 2021 with the second edition of Saintklet Summer on the way. Besides this the collective is still heavily invested in the promotion of underground music and parties. Their techno project, Terminal Techno, with legendary parties in Recyclart and Ampere on the honorary list, is finally seeing a new light of day and other projects are in the pipelines. On of which being the birth of two new music labels. One that will carry the familiar Mentality imprint and the other called BXL Underground, pushing the freshest in jungle, uk garage, breakbeats and everything in between.

We want to become a place where values like solidarity, creativity,

open-mindedness, and cultural diversity come together. 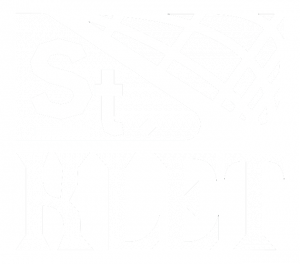